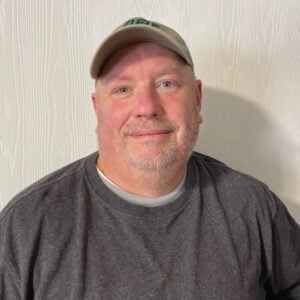 The Truckload Carriers Association (TCA) has named truck driver Scott Volkers, from Kuna, Idaho, a Highway Angel for stopping to help direct traffic at the scene of a fatal car accident in Washington. Volkers drivers for ABF Freight out of Fort Smith, Arkansas.

On June 6, 2022, Volkers was driving I-90 at around 4:15 AM at the Snoqualmie Pass area in Washington when he came upon a two-car crash that had just taken place around a blind corner.

“Cars were sideways on the road,” he said. “There just weren’t enough people there and they needed help.”

Volkers knew he had to do something. Without hesitation, he hopped out of his rig and began to direct traffic as it was coming through.

“I just immediately tried to slow traffic down coming around the corner,” he said. “It was crazy—I almost got run over a couple of times.”

Volkers has been a truck driver for over 25 years. This experience has taught him that situations like this can worsen without intervention, and he wanted to help keep the scene safe. As others attended to the passengers in the car, Volkers continued his work of directing traffic using his flashlight for nearly an hour, keeping everyone at the accident scene from getting hit by oncoming traffic coming around that curve, even as a fatality was discovered in one of the vehicles.

“My main goal was to keep the accident from becoming worse,” he said.