Jose Granados, a truck driver from Spotsylvania County, VA, got a big surprise after popping into a Royal Farms convenience store last month. After stopping for fuel, the trucker decided to go inside to get a snack and he ended up buying a lottery scratcher. 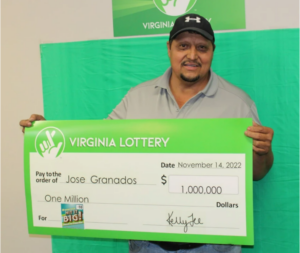 It’s been reported that after Granados scratched his ticket and realized he’d won big he found he suddenly wasn’t hungry anymore.